Check out my videos and albums

Where am I tonight?

(or check out my full gig guide)

Welcome to the show! 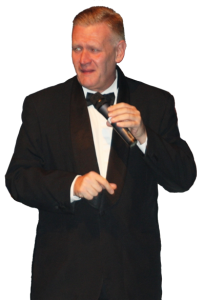 Ian McKenzie Anderson has been in the entertainment and music industries for longer than he’d care to remember. During that time, he has worked as a session keyboard player, front-line vocalist, band-leader, record producer and actor as well as just about every possible job backstage, including costumes, sound, props and lighting. He’s even worked on a construction crew building a theatre!

On this website you will see some of the many aspects of his life as a singer, musician, actor and “showman”. It will also give you the chance to see and hear some of his work. I hope you enjoy reading, watching and listening as much as Ian McKenzie Anderson has enjoyed creating.

As a start, you can listen to some of Ian’s recordings on the Audio Page, watch some video clips here, and find out where Ian McKenzie Anderson is appearing by checking out his Gig Diary.

If you want to book Ian, you can contact him